"Water should be colourless in all aspects, that is, it should not have any political colour, nor should it be seen as a means to gain votes. Our only motivation should be, to guarantee the human right of access to water, for everyone and forever". Mayor of San Antonio de Cortés, Honduras

This ambition is what was expressed a lot by the mayors that gathered for the recent water and sanitation forum 'Foro Agua Po­table y Saneamiento (APS) para los municipios: un reto para todos' that was held on April 10 in Tegucigalpa, Honduras and which counted with the participation of mayors, vice-mayors and officials representing 40 municipalities of the country.

In line with the Honduran Framework Law for Water and Sanitation, municipalities are in charge of delivering water and sanitation services. But, the full and effective fulfilment of this responsibility turns out to be a real challenge for local government, as most municipalities have only limited capacities. That said, we did find during our work with Para Todos Por Siempre (PTPS), several rural municipalities with high levels of poverty and limited capacities, but which had achieved great progress and results in water and sanitation due to priority setting and leadership given by the municipal governments.

So, regardless of their level of development and capacities, what is it that makes municipalities progress in WASH? 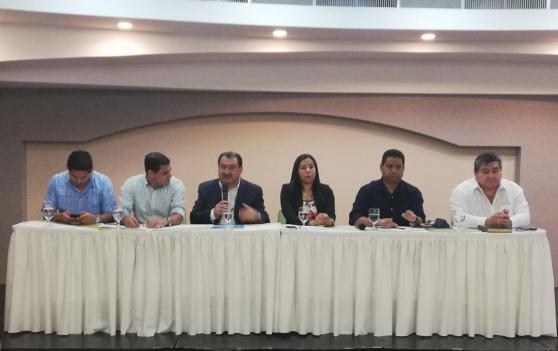 During the first panel session with several mayors, we were able to listen to some successful experiences and progress in WASH, and we found some of the answer to our question.

The other side of the coin...

"We have talked about universal coverage by 2030 nationwide. It will not be easy for us to comply with this. We will need support, as we cannot do it alone. I do congratulate those municipalities that did manage to reach full coverage. I envy them", said the mayor of La Paz municipality. 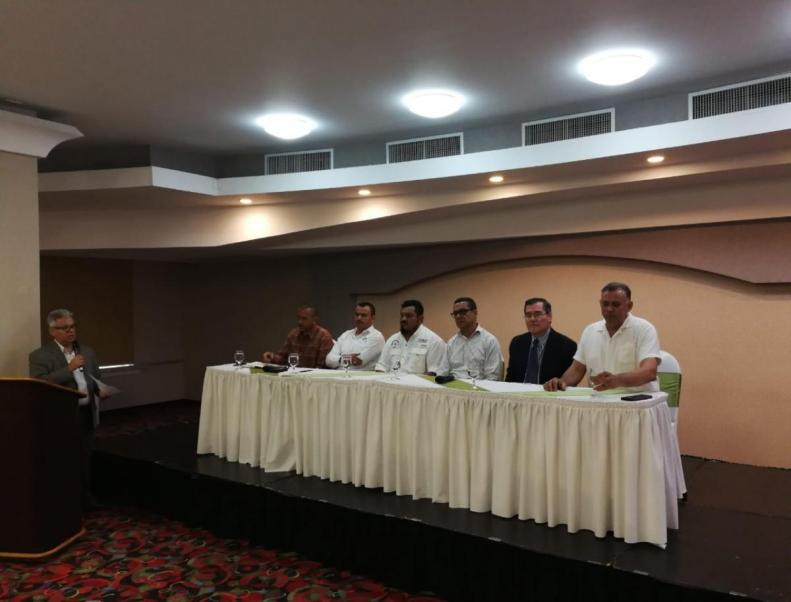 In the forum we not only heard positive stories. There was also space for listening in to those who had been less lucky. Mayors who exposed the challenges their municipalities are facing. Most of these challenges have to do with poor water resources management and the challenge of having to deal with the effects of climate change, affecting both availability and quality of water supplies. The problem has increased to such a level in some municipalities, that some mayors refer to it as the war over water. The mayor of the municipality of Dolores said that the war is already ongoing since 2017. One of the principal aqueducts that supplies eight communities within the municipality has a shared source with a neighbouring municipality. At the end of 2017 the other municipality decided, for political reasons, to put in place a valve , which cut the supply towards the eight communities of Dolores, leaving them without water for up to 20 days.

"Local government are in need of institutional support. We cannot work in isolation on a problem that affects the whole country. The water crisis will only get bigger if we don't act now." said the mayor of the municipality of Gracias. 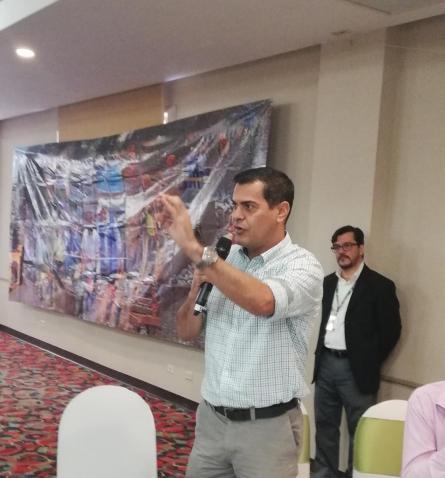 Other challenges that were identified during the forum were:

The participants affirmed that the WASH sector as a whole is in crisis due to the lack of prioritisation by Central Government, which limits the functioning of national sector institutions and negatively affects the support they can give to municipal governments.

The mayor of El Negrito said it like this "It is necessary to establish strategies to raise the political profile of the sector. I propose to establish a commission of mayors that takes on the role to advocate for a clear policy by central government so that all municipalities can reach total coverage". And so it happened. Mayors committed to follow up on the formation of this commission to support the WASH sector, together with the Association of Municipalities of Honduras (AMHON) and with the sector institutions CONASA (National Water and Sanitation Council) and ERSAPS (Regulatory Entity for Water and Sanitation Services).

The forum truly allowed us to get to know and validate the current status of WASH services at municipal level, both from the perspective of the authorities and of municipal officials. It also allowed us to define the necessary actions to strengthen capacities and identify opportunities to obtain better results in favor of the total and sustainable coverage of WASH services. However, what became clear is that to achieve water and sanitation for all, it requires that the involvement and collaboration of all stakeholders. The challenge is everybody's challenge.

At IRC we have strong opinions and we value honest and frank discussion, so you won't be surprised to hear that not all the opinions on this site represent our official policy.

Back to
the top